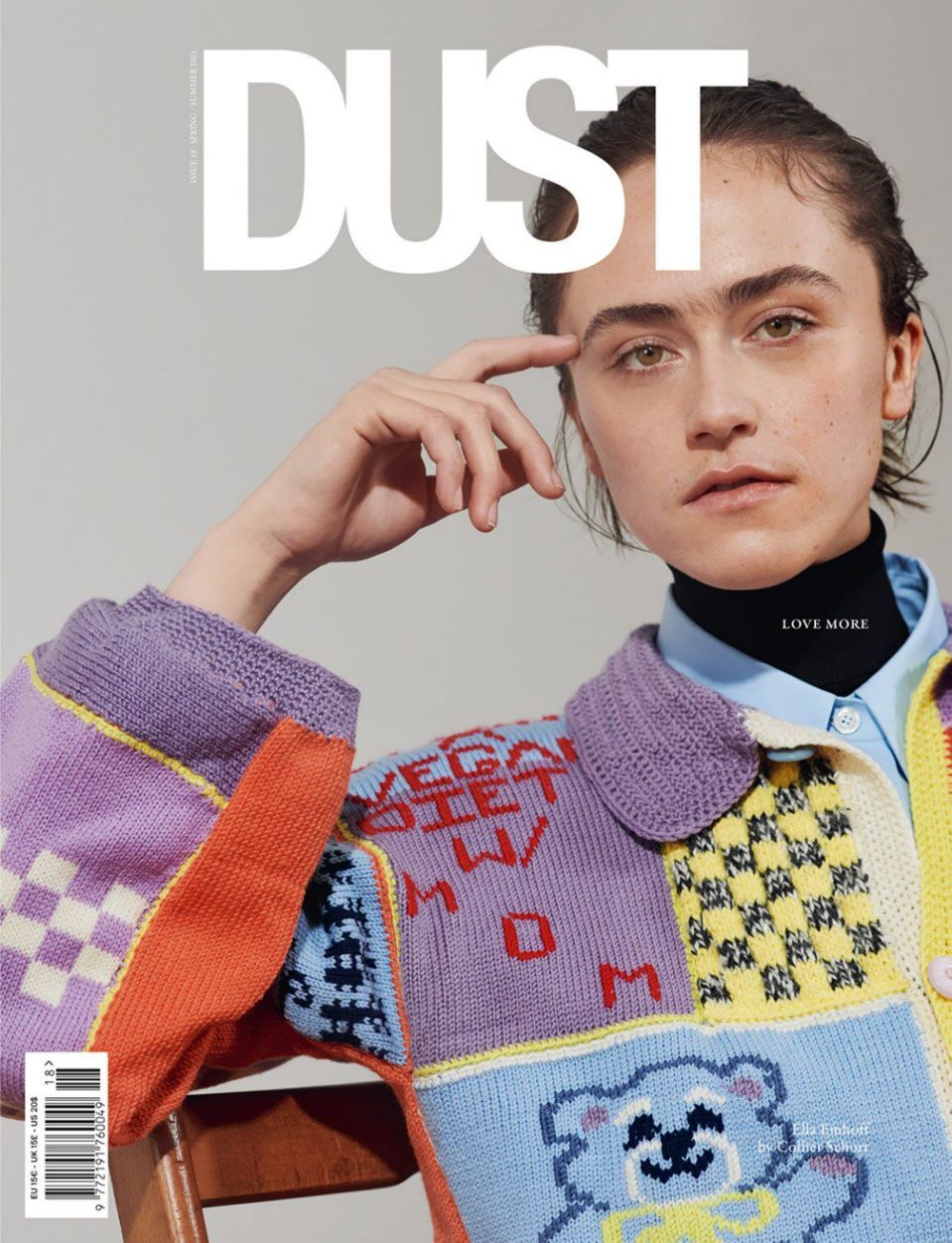 Ella Emhoff on Dust magazine, February 22: Soon after the inauguration of Joi Biden and Kamala Harris on January 20, the stepdaughter of the latter Ella Emhoff became an overnight fashion sensation as her jewelled Miu Miu coat paved its way through social media.

After the breaking, she signed with IMG Model making her runway debut at the New York Fashion Week just a few days ago. Now, she will be featured on a magazine cover of Dust which is a European biannual magazine that talks about fashion and art. In order to make the most of her runaway debut, she went for an outdoor shoot at the Parrish Museum in Water Mill, New York.

An AP report quotes the designers Lazaro Hernandez and Jack McCollough as they declared that the fashion world sat up and as they took notice of the famous appearance of the 21-year-old. As a result of this, when the designers were preparing for their February show, which was a digital short, the casting director suggested the name of the newcomer and the designers, after finding her suitable, went for her.

As she shared about the moment, she said as reported in an Instyle report, “The choice was honestly very spur-of-the-moment. Personally, I like the cross between old and new. I love the doily-type collars, I obviously love knits, I love tartans, I love classic embroidery, and I wanted to make sure I stayed true to myself and keep that alive. It’s almost a selfish act; a cathartic experience; my therapy.”