A BACKYARD RUNWAY by Christian Siriano 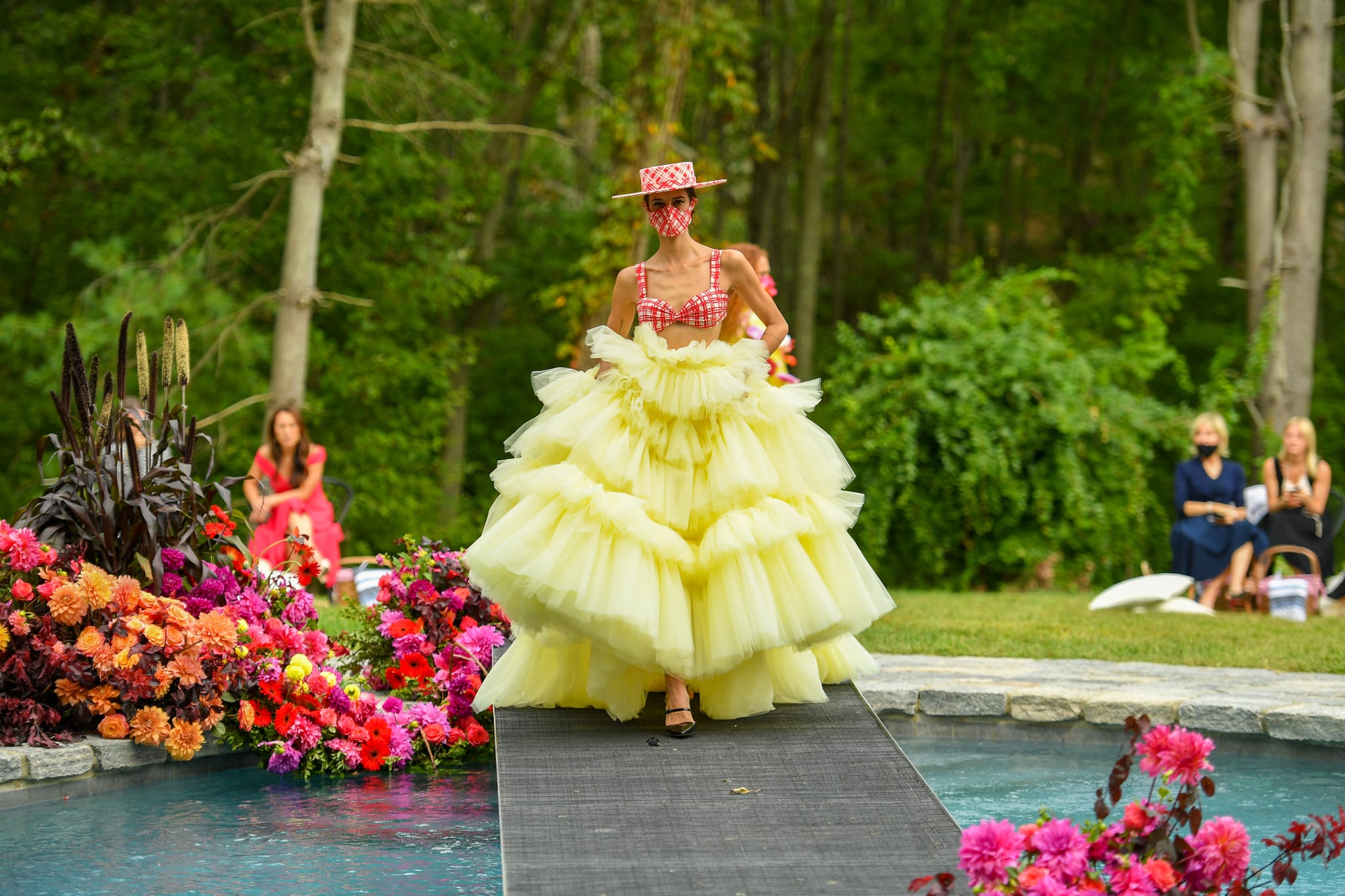 This year fashion is taking a different turn, the designer Christian Siriano hosted a warm and cosy fashion show in his backyard. The New York fashion week ended on Wednesday but Siriano decided to have the runway in his backyard on Thursday. Each guest was given their own picnic basket and masks.

Talking to media Siriano said, “I was depressed sitting at home and just wanted and I  to have some fun”. He added, “I was scared to death that no one would come and view my new collection, and I didn’t want to do it online.”

His line included stunning, brightly coloured ball gowns, eccentric prints of comic book panels or classic movies like Clueless, and some of those clothes even had the basic text ‘vote’ written on it.

Siriano shared in a statement, “The collection sounds romantic with evening touches but some of our favourite items this season are made of a soft heather-grey knit for easy living-yet staying sleek and elegant. Things can inspire us even at home, and I hope this collection demonstrates that, whatever the circumstances, fashion remains strong.

But the true heroes were the models who deserve fashion bravery medals. The pandemic has not blunted Siriano’s appetite for maximalism, and so — on very squelchy-looking grass and walking a narrow bridge over Siriano’s pool — the women, draped in all kinds of vision-obscuring ruffles, tiered gowns and diaphanous tops, and wearing HEELS moved almost as if this were the world’s most normal occurrence. The occasional stumble was there. Most of us will only end up with one move on our asses.

The shocking part was Coco Rocha beautifully posing with her baby bump on the bridge over pool and then lowering herself into it. But then the dramatic scene was inspired by the movie- Troop Beverly Hills.

Obviously, if you plan to have a fashion show at home that is really extravagant, this is how it can end.