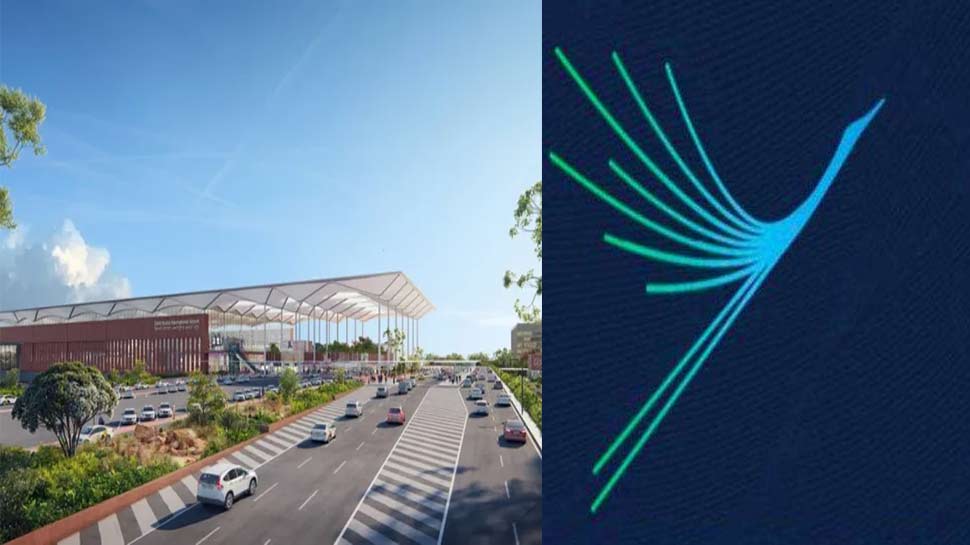 Uttar Pradesh, December 21: Located in Jewar of Greater Noida, the upcoming airport of the town will be officially named as Noida International Airport. The Uttar Pradesh government has given the construction and operation of this airport to the Zurich Airport International AG.

In the first phase, the airport will be built in the next four years which initially would have a capacity to handle 12 million passengers every year, reportedly. The government has allocated 30,000 crore for the construction of this Jewar airport. In the beginning, this airport will function with 2 runways. In the later development phases, it will add 3 more runways.

According to the report by TOI, the state government shared the official logo of the Noida International airport which is a symbol depicting Sarus Crane those are the state birds of UP seen flying in the air. The state government in an official statement stated that the airport logo expresses about the vision of the upcoming airport to lead in terms of quality, technology and efficiency. It also aims to be an ideal example of sustainable infrastructure and operations that lays down exceptional services to all travellers.

Commenting on the upcoming development, the state government’s official statement quoted, “The symbol is created using thin uniform converging lines with a blue-green colour gradient fill symbolising technology and connectivity on one hand and eco-consciousness on the other. The upward movement denotes positivity and upliftment of experience. The logo effectively combines technology with emotions while lending sophistication and elegance.”

This is going to be an ultimate project that would aim at providing the best travel facilities to the passengers and visitors.

Without knowing severity of Covid new strain, it is 'too early' to impose travel ban in India