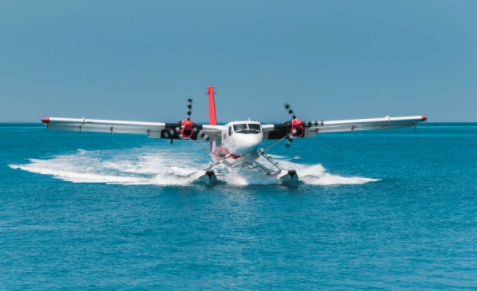 Seaplane services in India, January: Standing against the conventional route, Yamuna riverfront in Delhi is all set to begin the seaplane services soon, as suggested by the reports. The commuters can take a seaplane from Yamuna riverfront to Ayodhya or from Mumbai to Shirdi for a pilgrimage visit. The Union Ministry of Ports, Shipping, and Waterways have sought information in detail from interested companies on the subject.

The ministry claimed that these services will be added into the states nearby to Delhi. Some more places can be added in the seaplane route those are Ayodhya in Uttar Pradesh, Tehri and Srinagar in Uttarakhand, according to Sagarmala Development Limited (SDCL). The Shipping and Waterways Ministry quoted, “SDCL is desirous of associating with companies in the aviation sector (applicants) having experience of operating aircraft on a commercial basis. SDCL plans to form SPVs with such companies to jointly identify hubs / origins-destinations, procure all clearances and approvals, develop land-side facilities/waterfront facilities, procure/lease seaplanes and develop and operate seaplane and facilities on the commercially and financially viable basis.”

The Shipping and Waterways Ministry continued further, “To start with through this SPV, SDCL intends to commence commercial operations on the following hubs and spokes subject to the technical and financial feasibility of the routes (O-D pairs).”

However, as of now, the ministry has suggested keeping Delhi as the hub for the seaplane operations and these will be connected to states like Uttar Pradesh, Chandigarh, Uttarakhand from the three states or UT. The operation will connect further from Srinagar to Kedarnath/Badrinath and from Chandigarh to part of Dalhousie and some other places in Punjab. The ministry also said that the above routes can be a part of the UDAN scheme which is short of Ude Desh ka Aam Naagrik.

Gujarat's Sabarmati Ashram open for visitors after months of lockdown