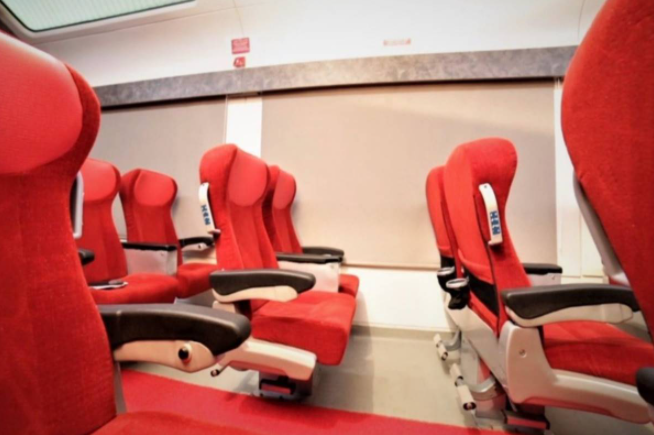 January: The first-ever Vistadome coach has been built on the Linke Hofmann Busch platform. However, this is considered to be safer, as expressed by the Press Trust of India. Consisting of 44 passenger seats rotating up to 180 degrees, the coach provides Wi-Fi-based passenger information system.

This coach bestows best services and has many key features. Few of them are; they are equipped with air-spring suspension in the secondary stage, it will provide ride comfort. It also has an observatory lounge along with a huge window at an end.

Since smartphones are our best companion nowadays, the list of services also includes a charging socket for each passenger. For passengers’ entertainment purpose, a digital display screen and speaker is also provided.

These are the routes where the older version of the vistadome coaches are operated. According to the report, out of the 2 rolled out vistadome coaches those went to Indian Railways’ Central Railway zone, only 1 coaches have cleared the speed trial runs. A few of the Indian Railways’ routes are Dadar and Madgaon, Kashmir Valley, Araku Valley, Kangra Valley Railway, Matheran Hill Railway, Darjeeling Himalayan Railway, Kalka Shimla Railway and Nilgiri Mountain Railway.