April 20: Citing to the latest surge in the Covid-19 cases in the country, the government has been putting a lot of restrictions and regulations in place to contain the aggressive spread. In order to ensure this, new guidelines have been introduced making Covid negative report mandatory for the Char Dham pilgrims coming from outside of Uttarakhand.

The information about the latest development was bestowed by Satpal Maharaj, the State Tourism and Culture Minister. Further, the minister also hinted that the government might also limit the number of pilgrims visiting the shrine daily during the yatra. According to the latest news reports, the Char Dham yatra is scheduled to begin on May 14.

Maharaj also elaborated more on the report as he stated that pilgrims coming from other states to Haridwar Maha Kumbh along with the Char Dham yatra are sincerely requested to follow the Covid-19 guidelines. He also added that the government is prepared for the yatra and as a part of the safety guidelines, the devotees must also undergo RT-PCR, TrueNat or CBNAAT tests before coming.

Also read: Archaeological Survey of India shuts down all its sites till May 15 to contain Covid in the country

The minister also clarified that the pilgrims must also register themselves online to enter the shrines as per their capacity. Amid this, the Uttarakhand board has announced the cancellation of the class 10 Board examinations whereas the class 12 examinations stays postpones until further notice.

In order to prevent the spread of the virus, the Uttarakhand state government has issued revised Standard Operating Procedures. The reports also state that the citizens might now have to pay a fine of Rs. 500 for not wearing a mask in Uttarakhand instead of Rs. 200 (the earlier fine charges).

Uttarakhand Chief Minister Tirath Singh Rawat instructed officials to set up several check posts at the state borders and not allow anyone to enter the state without a negative Covid test report. 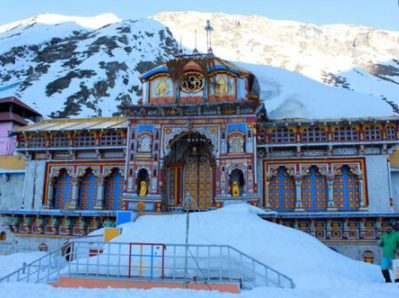