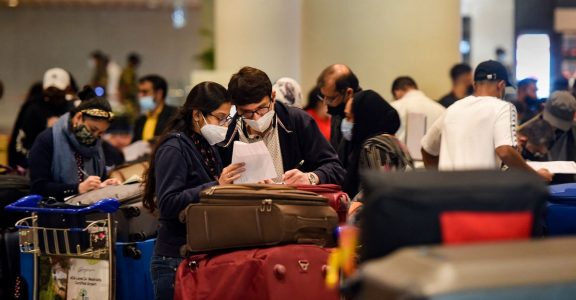 December: Earlier on Wednesday, Indian student groups in the United Kingdom has urged the government of India to introduce emergency travel plans in extreme exceptional cases as the government has extended the temporary flight ban. The flight ban was placed given the arrival of the mutant covid variant with 20 patients who returned the UK. With the announcement of the ban, the Indian students’ group panicked to return home and requested some emergency intervention. The request by the group came as they were contacted by individuals who are desperate to move to India due to bereavement or some family crisis.

Sanam Arora, Chair of the National Indian Students and Alumni Union UK (NISAU-UK) which is a representative group for the Indian students in the United Kingdom quoted, “I hope this time emergency travel arrangements can be made for Indian travellers with a family member critically ill or just passed away. I’ve seen first-hand the plight of those unable to travel due to bans — another just last week.” An affected person, Netal, took to Twitter to appeal the Ministry of External Affairs citing the critical health condition of her mother and the need of her to fly to Bangalore to be with her family.

Netal wrote in the tweet, “I’m in desperate need of help for flying to India from the UK. My mom is very critical and it is imperative for me to (be) able to fly to Bangalore. Urging MEA India to please help!!! There have to (be) exceptions to the rule.”

NISAU-UK issued an advisory for the students who are hoping to begin there academic term on the New Year. As they confirmed that under the UK Home Office rules, the applicability for the new Graduate or post-study work visa would not be adversely affected.

The advisory of the union quoted, “If students are required to either continue their current studies or commence a new course by distance or blended learning due to COVID-19, they will still be eligible to switch into the Graduate route on a concessionary basis if they spent some time studying outside the UK. Students who are completing their course in summer 2021, including those who commenced a one-year Masters programme in September 2020, will benefit from this concession if they enter the UK on or before April 6, 2021 and complete the final semester of their studies in the UK”