Gaming Tourism : The heights of reality? 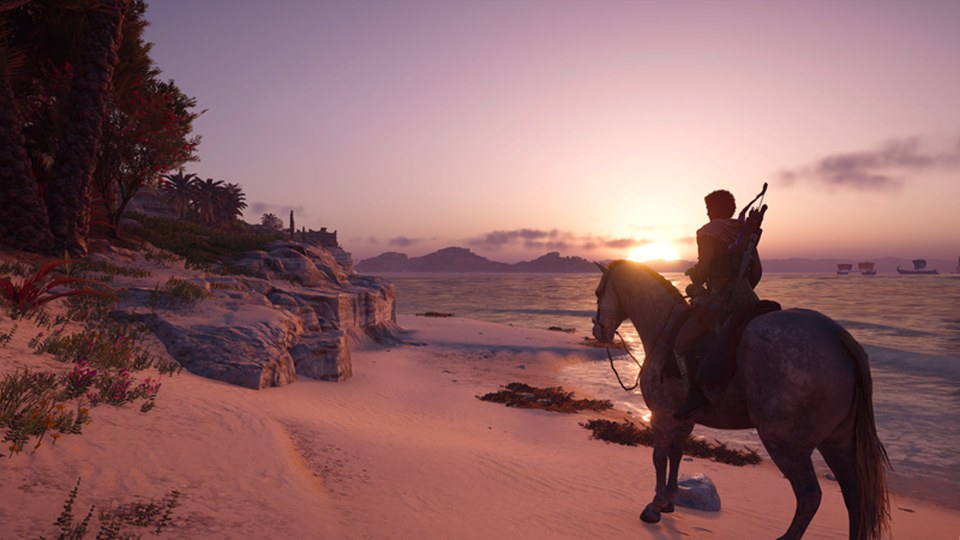 As a child, I remember being amused at the black think skinned rectangular, battery-powered video game that my dad brought home. At the time, merely pressing the yellow buttons on it was exciting. Little did anyone imagine that games would one day consist of humans and cars chasing each other to no end.

In the earlier days, it was a privilege to travel. I remember the days when a scooter ride to the nearby town was considered travelling since the planning would start several days in advance. It was an era where travel was restricted to the affluent few and others would be content with the beautiful scenic view of the other unseen world, from magazines and books.

Today, as people turn into slaves of their comfort amid the overpowering role of technology played in the lives of human beings; one industry that is trying to cut through the clutter through impressive innovations is the Gaming industry. Video game industry is said to be valued at $148.8 billion. The detail and precision that go into creating a video game for the audience is unbelievably impressive and is said to improve in years to come. This has lead to an innovation known as “Gaming Tourism”.

Gaming tourism in simple words is exploring real cities through video games. The advent of VR technology by brands like Vive and Oculus has transformed the way people view travel. Their 3D technology has allowed people to explore and experience places almost in a dream-like state, where your wildest imagination of even climbing the Mt Everest is possible by just sitting in your apartment. And for those of us who want to explore space even without having studied astrophysics or tried for NASA, Google’s, expedition application allows us to walk through international space station using the same technology. Though at the moment, the places recreated for exploration are limited, the industry is said to add more of it in the years to come. This has caught the interest of the gaming industry that has made advancements in the graphic quality to create experiences that are strikingly real world like in games. To replicate the real world, programmers have moved to the extent of copying everything from a signboard and streetlight to even placing dump bins that may be found in a particular city space.

The programmers initially select a particular city and the radius they want to replicate in the game, which usually falls under 10 to 15 sq miles. Many cities such as New York and London has been brought to life by video game makes which lets players explore the place in its entirety. Rough guides released “the rough guide” to Xbox which lets one explore the location in Xbox games. Similarly the Japan Company, All Nippon Airways has created a video game which can take its characters through ages exploring environments of importance in Japan such as Mt Fuji and deer of Nara from 1980 to 2010. This was launched to boost Japan tourism under the “Is Japan Cool?” plan. The gaming industry has gone to eccentric extents wherein Cubisoft who created the infamous game “Assassins creed origins” even employed an in-house historian and Egyptologist to replicate the city for players to explore and to give an enriching experience. Another company that went to an extremity is Sucker punch who created the popular game, second son, set in the streets of Seattle showcasing its infamous destinations like Seattle space needle and pike place market to an extent of perfection. In order to transport players literally to these places, the programmers at sucker punch auditioned real-life residents and 3D scanned them into the game.

In a world where travel is often restricted by political situations in a country or a pandemic, there will come a time when we will thank our technology for being able to travel without travelling. As the world moves into a recluse and lesser number of people travelling, the virtual world has come to a spotlight. Gaming tourism is set to improve the mental wellbeing of people as it proves to be a perfect getaway for anyone who loves to travel and socialise but is not privileged to do so and by 2050 it is said to set off to unimaginable heights. In the midst of all this, as my grandmother once said, “Reality can only be overpowered by an alternative reality”. Therefore though we may enjoy the makeshift world, here is hoping we don’t become the slaves of disguise.

How wedding industry is impacting the fashion industry?