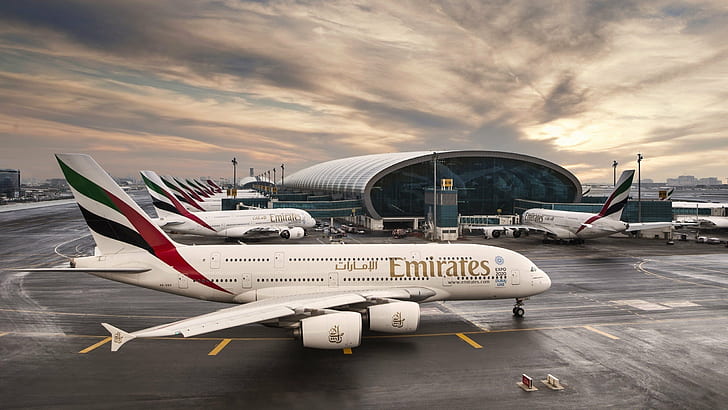 The adverse effects of pandemic is clearly visible on aviation industry, as it has pummeled airlines. In this context, there comes a big news where Dubai’s government says it will inject equity into Emirates airlines. As the Middle East’s largest carrier has abeyant its flights at its hub due to coronavirus. Considering the strategic importance of Emirates airlines across globe, Crown Prince Sheikh Hamdan bib Mohammed bin Rashid AL Maktoum said that it’s our key role to support our airlines in this pandemic as it is the major international aviation hub. The exact details of financial support is not out yet. Emirates airlines carried around 60 million passengers last year, keeping Dubai’s international airport as the world’s busiest airport in the world.

Due to coronavirus travel severance, aviation industry have pummeled worldwide, the carriers are all grounded temporarily laying off cabin crew, pilots and reducing salaries of staff. UAE, which is home to Dubai and Abu Dhabi has closed all its national and international borders to travelers. Only cargo flights, a small number of flights which are indulged in helping local citizens and medical emergency cases are flying through country’s airport. With its effect flydubai became the latest airlines to announce its staff cut-off of nearly 4000 employees. Not only staff reduction they have also reduced the salaries of existing employees by 20-50% for a initial period of 3 months starting from end of April.The decision has not been taken lightly.The company’s chairman said, but with a heavy heart that the aim of resuming its operations in best possible way and ensuring full satisfaction of their employees. Emirates and flydubai are owned by Dubai’s sovereign-wealth fund and have same chairman, but operate independently.

Looking at bail-out of Emirates airlines, carriers and lobbyists in Europe are also urging for the same treatment. In one similar case, Norwegian Air was offered $270 million in credit guarantees by government of Norway. The White House and Senate Republicans are offering upto $50 billion in loans with less rate of interest but no grants are being offered.

How today's youth is changing culture of future generations