Adil Teli, a cyclist from Budgam sets world record by paddling from Kashmir to Kanyakumari in just 8 days 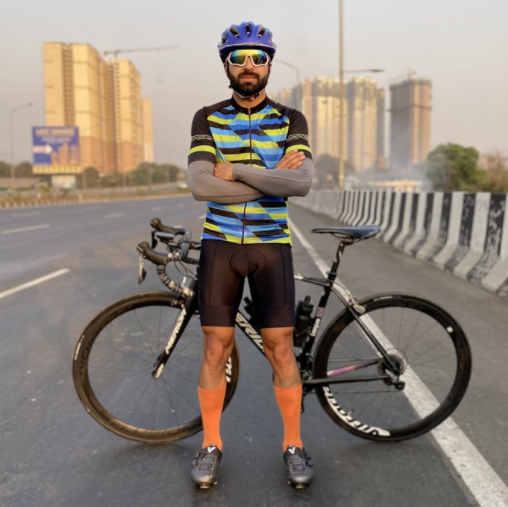 April 01: If you have fire and strong will inside your heart, then there’s nothing stopping you to do wonders. This statement became a reality when Adil Teli from Kashmir paddled to Kanyakumari in just 8 days 1 hour and 37 minutes booking a place for his name in Guinness World Record. Well, the hilarious part here is that he used a cycle for the travel that broke the previous record of 8 days, 7 hours and 38 minutes!

The previous record was set by a 17-year-old Om Mahajan and it was created in November 2020. However, this is not enough achievement for the man. Also, he holds the record for being the fastest cyclist who has covered 440 km between Srinagar and Leh in 26 hours and 30 minutes which is another surprising fact for many. Adil is a cyclist from the Narbal district of Budgam.

He began his sojourn on March 22, 2021, from Kashmir and had reached Kanyakumari as he covered 3600 km in 8 days. This surprising task was not an easy job but involved dedication, months of preparation and hard work along with Adil’s training that he got in Amritsar where his coach helped him prepare and guide him throughout the journey.

Adil’s goals got a little more push when he completed his Srinagar-Leh journey. Even though his huge plans were left halted somewhere amid the prevailing pandemic situation, he was still able to travel through Delhi, Agra, Gwalior, Hyderabad, Madurai among other few places.

His new world record has given wings to his goals and he is aiming for more in the coming time. After astonishing the world with his world record, the cyclist addressed the media and thanked his guides, well-wishers and sponsors.