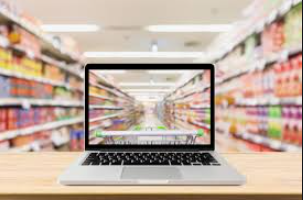 June 7: The small-scale retail businesses in Mumbai have taken a sigh of relief as they welcome the extended trading hours, however, remaining restrictions have caused confusion among some traders.

After staying closed since April 5, a few non-essential stores including retailers of jewellery, beauty and fashion have opened their doors again under the metropolitan’s latest lockdown regulations. At the same time, the essential stores are also welcoming the extended retailing hours.

However, the introduction of new regulations has it that the shops located on opposite sides of a road can only open on alternate days. This move is designed amid rising concerns to avoid crowds and maintain distance.

This move has caused extreme confusion and verbal brawls between retailers and the police in some area concerning which side of the street must open when.

Amid the rising problems for the retailers in the city, several traders federations, including the Federation of Retail Traders Welfare Association have called out to allow the shops to open for a longer schedule each day.

The state is altogether facing the wrath of coronavirus which is lowering as of now. 14,123 cases were reported on June 1 which is considered to be the lowest count since March 10, as reported by LiveMint.

A garment retailer in Lokhandwala told TNN about the current situation, “We pay a rent of Rs 1.80 lakh [$2,458] to Rs 2 lakh per month, bills, taxes and wages, and are getting no rebate although the business has been zero since 2020. Now that non-essentials can operate, let us earn some income- until the third Covid wave arrives to halt everything again.”