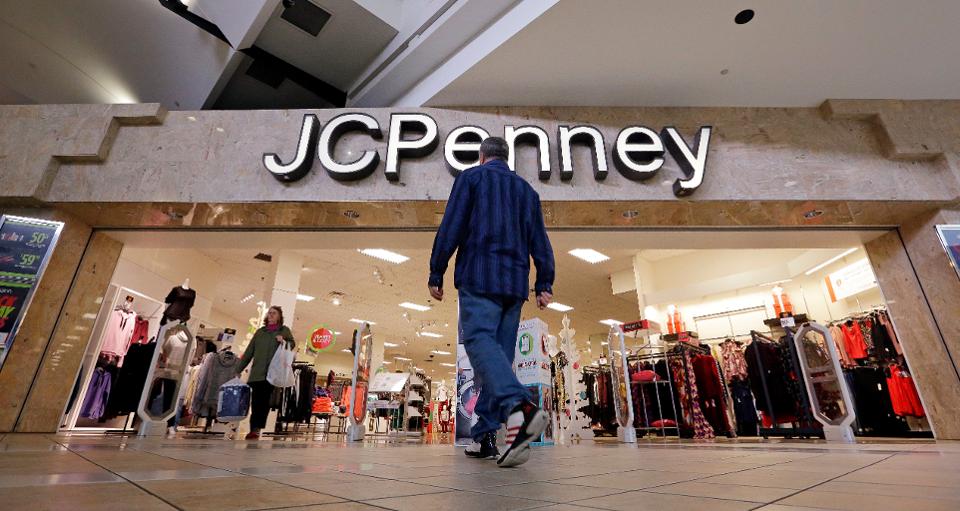 The number of causalities caused by COVID-19 is on a rise, this time it has claimed the 118 years old department store in the US- JC Penny.

J.C. Penny has become the largest retailer to file for chapter 11 bankruptcy in the US. Other retailers who surrendered to the fatal disease include Stage Stores and the luxury department store chains Neiman Marcus and the worst thing is that the list is going to go long.

Officials from the company said that it will be closing some of its stores in a phased manner following the bankruptcy and other details will be disclosed in the following weeks.

“The coronavirus pandemic has created unprecedented challenges for our families, our loved ones, our communities, and our country,” said Penney’s CEO Jill Soltau in a statement. “As a result, the American retail industry has experienced a profoundly different new reality, requiring J.C. Penney to make difficult decisions in running our business to protect the safety of our associates and customers and the future of our company. ”

However, the loss cannot be fully blamed on the pandemic. The company has been facing difficulties to survive the past many years. Its fashion and home offerings have failed to create a mark for themselves in the fast-changing retail environment. Moreover, the competition from specialty chains and discounters have given the company a hard time.

“This is a long, sad story,” said Ken Perkins, president of Retail Metrics, a retail research firm. “Penney offers no reason to shop there compared to its competitors, whether it’s Macy’s or T.J. Maxx or Walmart. How are they going to survive?”

The downward movement of the company is a result of many things that went wrong over the years. The company commenced in the year 1902 when James Cash Penny started a dry goods store in Kemmerer, Wyoming. The company witnessed huge success as it progressed over the years, expanding its stores and portfolio until the year 1990 when it gradually started facing tough competition in the market.

Furthermore, the first wave of its failure came along with the then CEO Ron Johnson. He cut the promotions drastically and brought in some hip brands leading to a profound loss of loyal customers. Consequently, sales dropped from $17. 3 billion during the fiscal year that ended in early 2012 to $13 billion a year later. J.C Penny could not bounce-back ever again.

Since then the company has undergone numerous management changes but nothing did wonders. The company based in Plano, Texas, has suffered five straight years of declining sales, which now stand at $11.2 billion. Its shares are trading at less than 20 cents, down from $1.26 a year ago, and from its all-time peak of $81 in 2006.

However, as Soltau entered the company, she has acted swiftly since her joining in October 2018. She jettisoned major appliances from the store that were weighing down operating profits. She reversed the strategy of her predecessor, Marvin Ellison, who brought appliances to the showroom floor after a 30-year absence in an attempt to capitalize on the troubles of ailing Sears. She, instead, shifted the company’s focus to women and home-furnishing goods, that previously had a huge share in the company’s sale.

Unfortunately, even after the innumerable measures taken by the company; the sales still remain weak. For the fiscal fourth quarter ended Feb. 1, sales at stores opened at least a year dropped 4.7 adjusted for the exit of appliances. Profits were down 64%.

Now, the coronavirus pandemic has worsened the retailer’s situation. The lower to middle-income group people, that the company targets, is worst affected by the crisis owing to the job losses. This means that customers would be rational at spending and prefer discounted items. Furthermore, the growing inclination towards online formats has also brought a huge challenge in front of the retailer. In fact, Green Street Advisors, a real estate research firm, predicted in a report last month that more than 50% of all mall-based department stores will close by the end of 2021. It expects that Penney will eventually liquidate its business, noting that a smaller company won’t solve its main problems.

However, Penny is not the only one. Many other department stores stand at stakes today. Sears has drastically reduced its store count after being bought by hedge fund billionaire and its former chairman Eddie Lampert in bankruptcy in 2019. Barneys, New York shut its operations earlier this year and Bon-Ton Stores went out of business in 2018.

Despite all this Penny is optimistic and said that it has $500 million in cash on hand and has received commitments of $900 million in financing to help it operate during the restructuring process. It said that it will be looking at different options, including the sale of the company. The company is optimistic that the restructuring would reduce several billion dollars of its debt and provide more options to find a way out from this financial crisis. Penney added.

Life Lessons I Learnt from 'The Kite Runner' by Khaled Hosseini