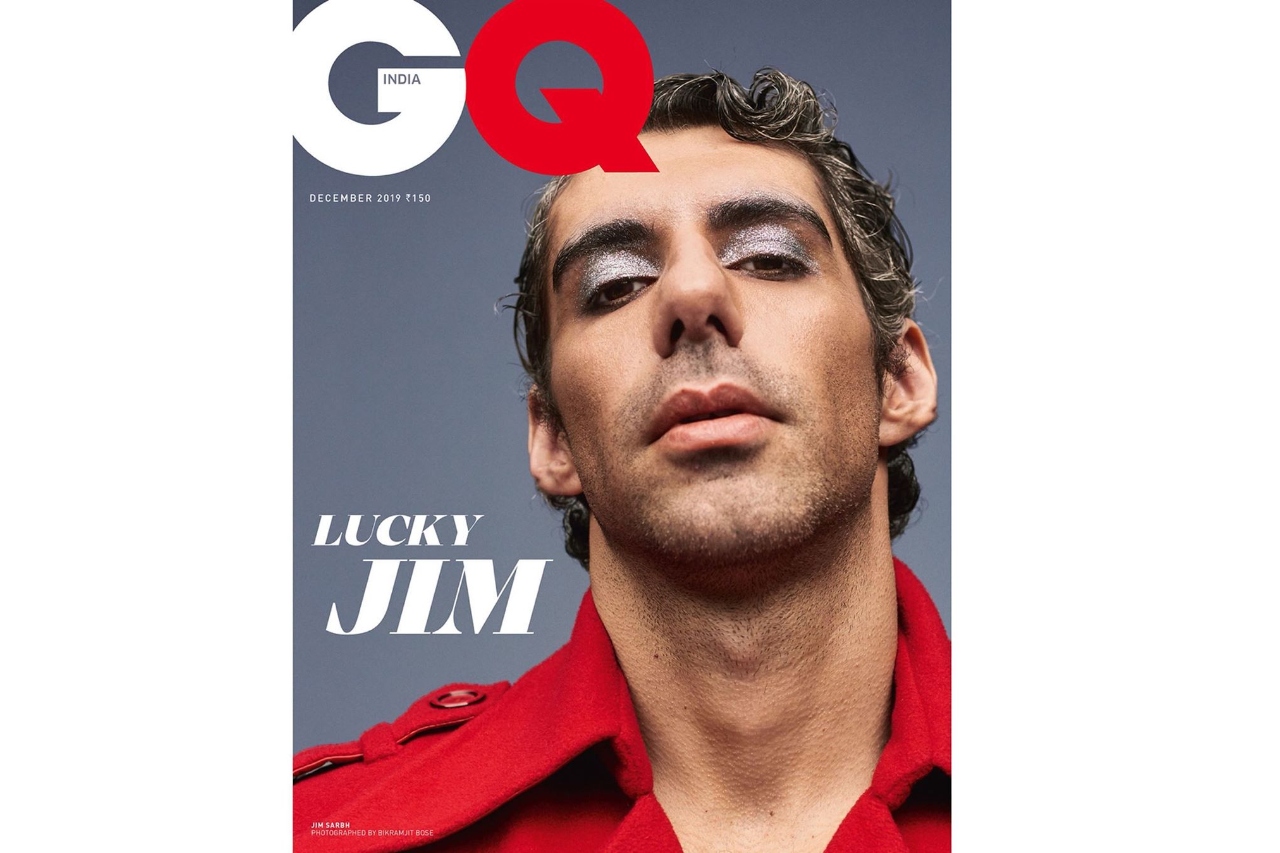 Actor makes a statement that’s well worth it

Christmas came in early this year! As I flipped from cover to cover this December from Grazia India’s ‘Beautiful Women Around the World’ theme to Kiara Advani’s debut as a cover girl on Vogue. It was the monthly fashion jam and then there it was… Neatly set curls, eyebrow game on point, silver glittery eyes in a red Bloni Atelier coat… Lucky Jim was looking right at me!
Yes! Jim Sarbh’s non-binary avatar on GQ India’s cover this month is all that your sore eyes need. Sarbh is an actor and stage director known for some of the very unique portrayals on the big screen.

Mind you, Sarbh is always the supporting actor never the lead but brand Jim Sarabh stands for the urbane Indian male.

The 32-year-old International Indian Academy Award winner has a versatile body of work like, Made in Heaven, Neerja, Padmaavat among others. He is good looking and that salt and pepper look provides the internet with much needed #ThirstTrap it deserves.

But beyond the brand, there’s the man beautifully shot by fashion’s favourite photographer Bikramjeet Bose – with eyeshadow on his eyes, a tint on the lips and it doesn’t hurt his masculinity! THAT message is the most important one that needs to be sent across. The GQ Indian team does it nicely!

This month Cosmopolitan UK featured its first non-female cover star in 35 years. Queer Eye’s Jonathan Van Ness graced it in a bright orange Cristian Siriano. American Broadway theatre performer, singer and actor Billy Porter graced 2019’s most prestigious awards in most fascinating gowns and costumes exercising his rights of fashion and in support of LGBTQ Community.
Jim on the cover of GQ gives me hope that fashion in India is finally shaping perceptions that matter!

Snapdeal to reach out to Tier 3 towns