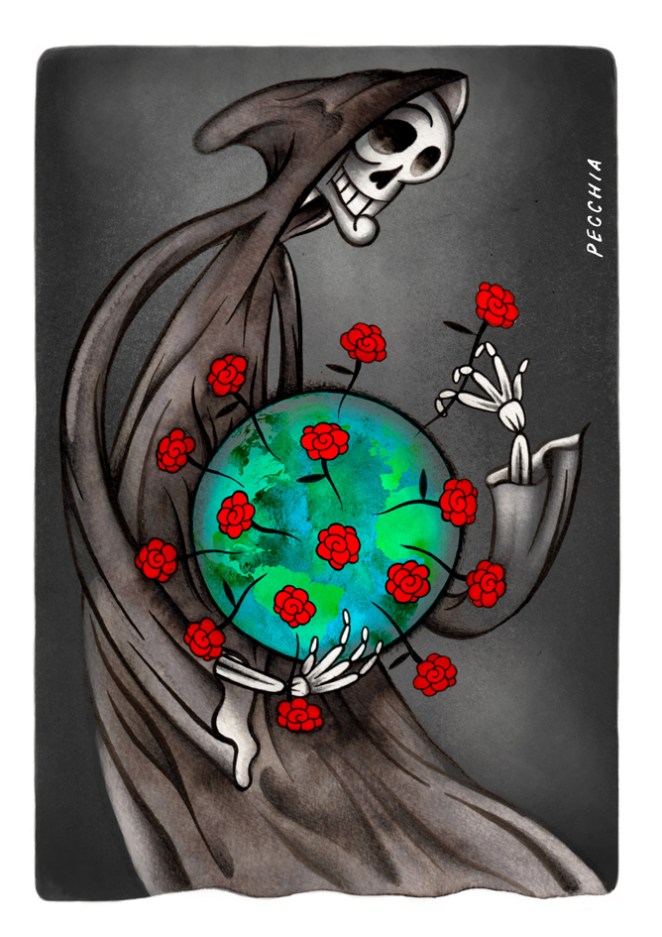 The world has been through phases of recessions, world wars and what not, and yet fashion has always come out alive, always more than before. However, Covid-19, commonly known as the Corona Virus has had an even striking effect on the Fashion industry bringing the graph to a descending halt and the life of such Multinational Companies to a standstill. It is astonishing to see what ways these big companies are opting to survive this virus. So how did a man eat a bat and cause the entire fashion industry to struggle to survive, let alone bloom.

Covid-19 is a virus that is spread throughout the world and has brought the world to a lock down. The streets have gone empty, offices have shut down, schools are closing for an unimaginable period and people are locked in the comfort of their own homes. In the comfort and joy of being at home, people have stopped buying anything at all and fashion products have had to face a huge loss. People have turned towards sweatshirts and sweatpants, using only clothes for leisurewear and thus, these companies have started resorting to selling other things too.

The fashion and luxury sales including the accessories and apparels have seen an overall decline of about 15% for the first time in the past decade. This crisis, for obvious reasons, differs in various countries and cities depending upon the population, demands and products, but overall has shown a great decline. Sales in North America have been hit hard because of the above mentioned factors. Countries like China that are now recovering from the virus are also rapidly gaining stability in the market and thus Fashion industries have started gaining a hold over them. So even though it is not a permanent damage, yet it manages to bring down the economy of all the affected countries. It has been compared to the recession in 2008 by various people after having an unfortunate introduction to the lack of sales.

These difficult times can also be compared to those during the world wars when women demanded a deviation in the fashion through the clothes they wore. That too broke apart the Fashion industry for various reasons but presently, the situations has worsened because of the lock down. The lock down has not only forced people to stay inside their homes but has forced a shut down on various malls, shops and boutiques causing the entire unit to starve for sales and money too. Kimberly Chrisman- Campbell, a fashion historian claimed that during such difficult times people often normalize changes and thus a change towards leisurewear would mean normalizing it and thus a blow for the fashion trends.

The virus has also managed to shut down everything, from an access to fashion to fashion weeks. Paris Men’s and Haute Couture Week has been cancelled due to the same. It might be for the first time in the last decade that fashion weeks have been cancelled. Designers are looking for alternative methods and ways to present their collections to the world. Shanghai Fashion Week has gone digital over Alibaba to refrain from making losses. Thus, not only are designers in a fix but everything and everyone has turned towards digital media making it the largest platform to showcase anything presently. The world is going digital and so is Fashion.

But this is not all. Many Fashion related companies and various beauty brands have resorted to selling coronavirus marketed products to neutralize their losses. H&M and Zara have started selling medical products including face masks and hand sanitizers to not lose their customers. The french Multinational company LVMH, Louis Vuitton and Sephora have also decided to make about forty million face masks from China and provide funds for deliveries initially. Prada too has started with making masks and medical overalls. So when Fashion wasn’t sufficient, all these multinationals resorted to charity for the same.